If you enter Vietnam through Ho Chi Minh city, you may be taken aback by all the concrete and highways, and think as I did – ‘where are all the rice fields and stuff?’ Well, there are plenty in Bình Định province. I’d spent most of the previous day driving past rice fields. I woke up in Quảng Ngãi on Saturday the 9th of April, and was still to pass quite a few fields before I arrived in Hội An.

Quảng Ngãi town wasn’t great for me – it seemed like part of the highway and not like the idyllic villages I’d been passing through. I wasn’t there long though.

I made it to Tam Kỳ in time for lunch, which is great because this town is well-known for its style of chicken salad. It’s pretty tasty – strong and layered flavours as is typical for Vietnamese cuisine.

It wasn’t long after that that I arrived in Hội An. I was staying at a homestay called Magnolia, which was well-praised on Tripadvisor. Sure enough, my stay there was thoroughly pleasant. Having friendly and helpful hosts makes your stay anywhere fine.

Hội An was the first town in a while that had some non-Vietnamese options. It wasn’t even five o’clock but I had to go and score some comfort food. This was one of those times when travelling solo showed its benefit. 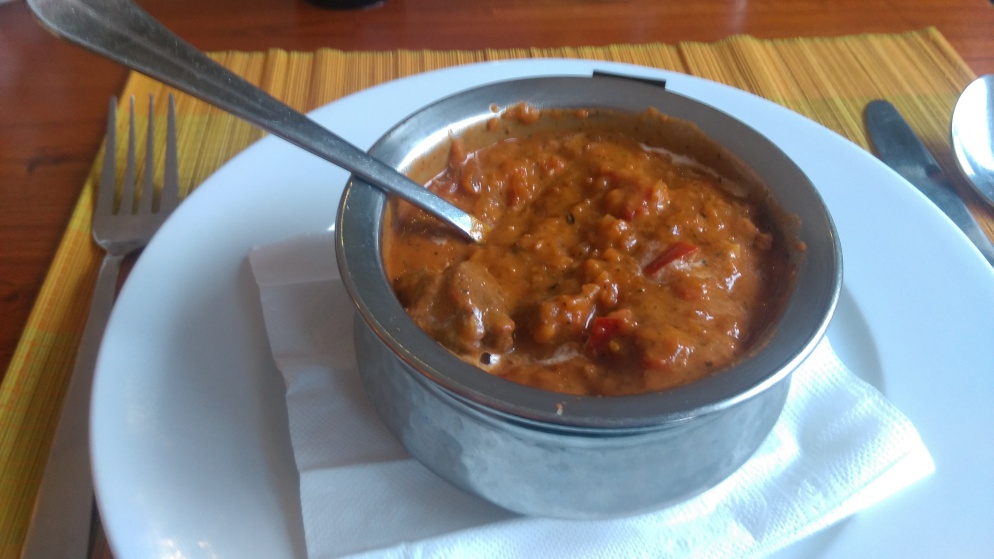 The homestay provides fixies for you to cruise around on, so that’s what I did in the evening. 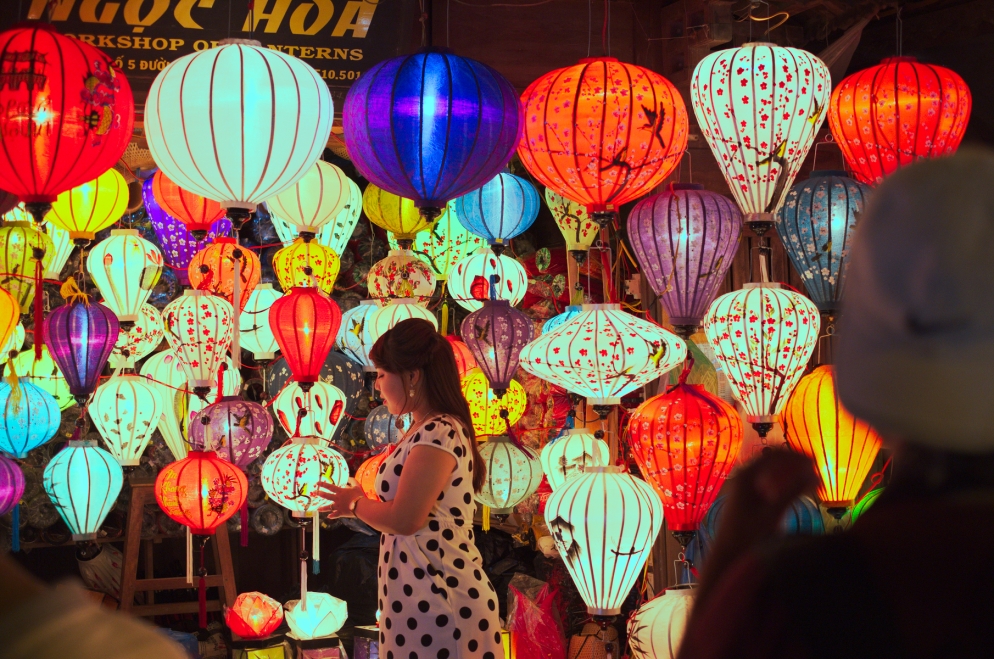 There are lots of tourists about, but it’s a pleasant atmosphere with lots of bars and shops and things to see. In contrast to the afternoon, this was a time that I missed my friends. Hội An with a few friends for a few days would be a real blast.

The next morning I joined a tour to see Mỹ Sơn. This is a series of ruined temples built by the Cham people. They are impressive bits of architecture. I was saddened to learn that the Cham people today don’t receive good treatment from the government. Theirs is a familiar story of indigenous people being driven out and disregarded. 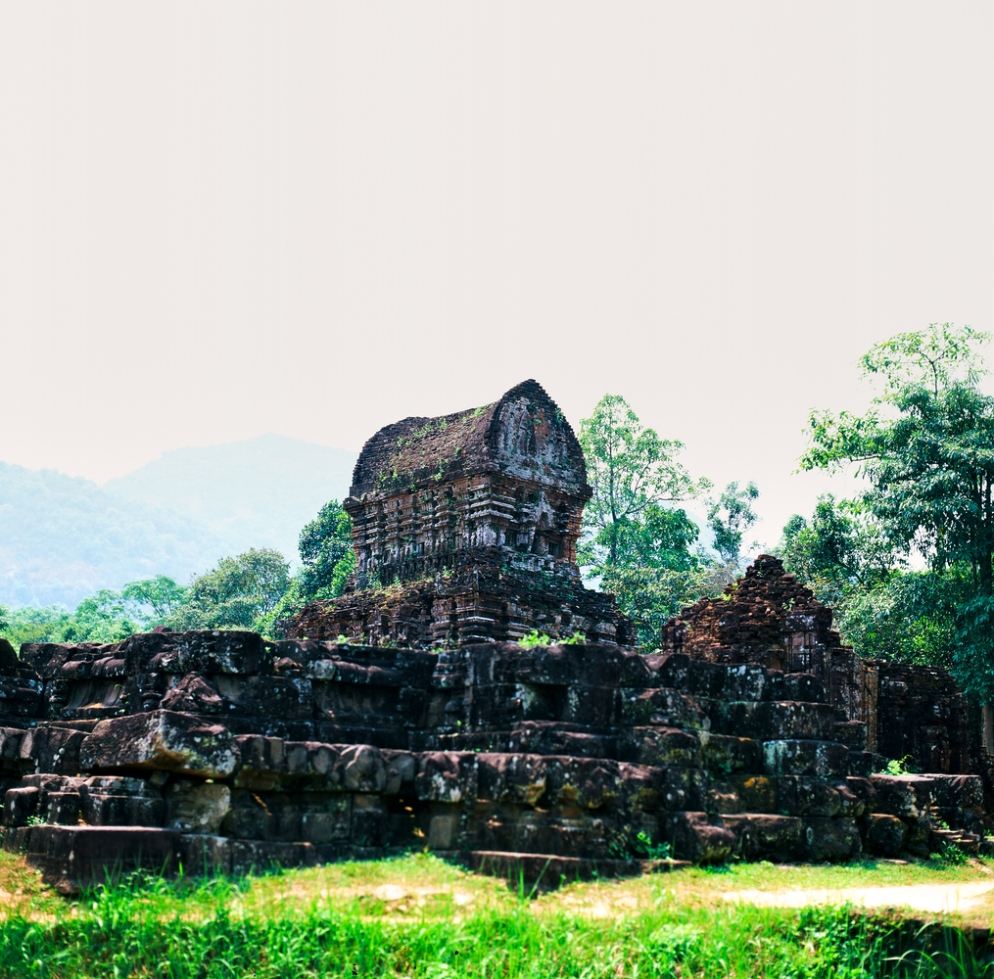 Tourism is still a little rough in places. It was witheringly hot but there wasn’t much access to water. The tour guide also decided we should stop at a place to buy trinkets on the way home, even though we were behind schedule. Some typically vocal Australians didn’t like this and gave him a good blasting.

After returning I went to get some hydration in Hội An’s old town. It was past three o’clock, which meant only pedestrians and cyclists were allowed in. No cars are permitted in the old town, and motorcycles are forbidden for most of the day. I drank at ‘Reaching Out’ – a café staffed by deaf people. Customers receive word blocks which they use to communicate. This all made for a peaceful scene, if not a bit twee.

Hội An has a beach too and I was tempted to visit, what with all the heat. Instead I grabbed my film camera and went exploring on the bike. I didn’t get back until after dinner.

I had stopped to take a night-time shot of the Japanese bridge. It’s a busy spot, so there were people bustling in a recreational way all around me and the bridge too. There was even a couple getting wedding photos. As I was preparing, I got a tap on the shoulder.

‘Excuse me, sir. Can you help me?’ Someone wanted me to move.

‘No, no! Photo, please.’ I realised it was the chap taking wedding photos. Next to him stood the dressed-up couple. He wanted a photo of the camera. Not seeing it as a bad idea, I stood aside. The couple stood beside my camera on its tripod, holding the shutter cable in a romantic fashion, with the bridge in the background.

‘Thank you! Beautiful camera,’ the photographer grinned. It made for a nice scene. My shot didn’t turn out as great, but some others were good.

That was an exhausting day, but luckily the next day’s trip to Da Nang would be very short.

One thought on “Hội An”