A long time ago, in 2008, three men rode their motorbikes and scooters from the south of Vietnam to the north. Well, most of the way, anyway. These men were the hosts of Top Gear, and as a young lad I sat amazed before the TV. This is where the story really begins.

After that beginning, not a lot happened – in fact, you can skip to 2014, when I found work in Vietnam and started travelling. Then you can skip even further to late March, 2016. Here I found myself in southern Vietnam with a bike, a bag, and a full month free of commitments. I was about to do the same as Clarkson, May and Hammond, and tick a big ‘To Do’ off my list.

It may sound silly, but such are the things we bring with us into adulthood.

My preparation had been gradual – over a few months I listed and slowly gathered the things I wanted – a bag, clothes, medicine, cameras, film. Trinkets for kids, a knife for weirdos. Previous bike trips had been useful in teaching me. Certainly some good advice for planning something grand is to try something less grand first and see how it goes. 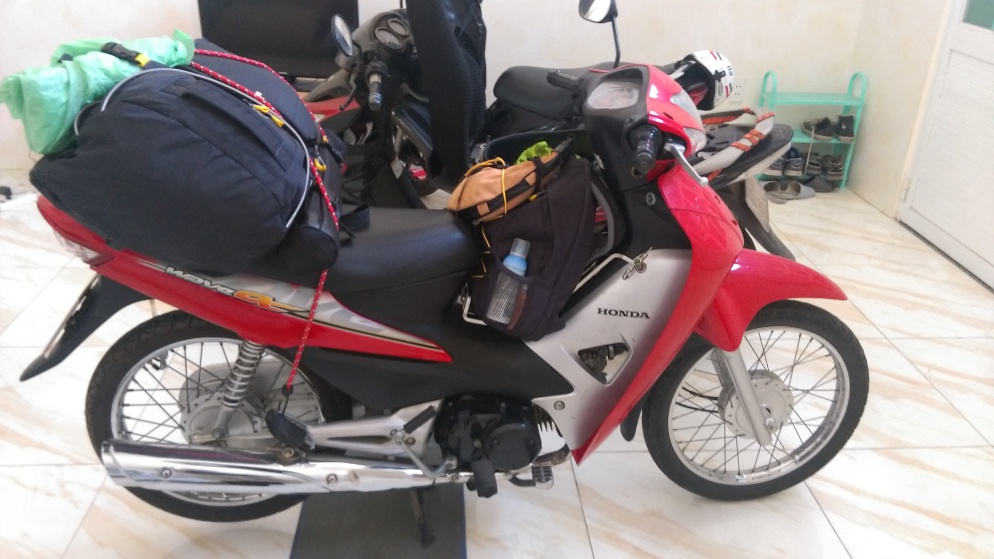 When the time finally came, I had to mentally prod myself – ‘Oh, right. I have to go now.’ Unfortunately, the first day’s leg was one of the longest and probably the most dangerous of the whole journey.