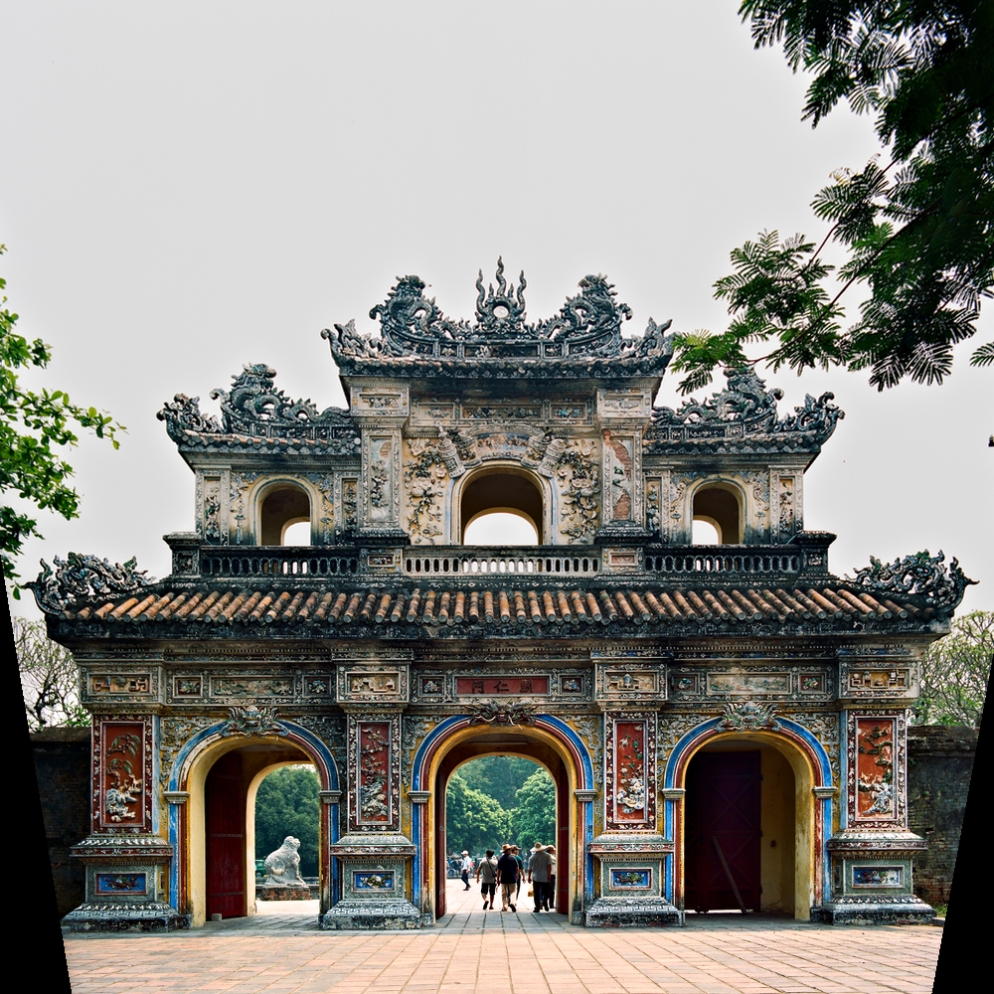 Two of the best reasons to visit Huế are 1. to eat the food, and 2. to explore the old Nguyễn dynasty citadel. This is located around about the middle of the present-day city and walking distance from my hotel.  It’s a big place and it has plenty to see, including remnants not only of the old kings, but also of the Vietnam war and the famous Tết offensive. The thing I most wanted to find, though, was the gate that appeared on Top Gear.

It was Saturday the 16th when I wandered into the citadel. It was still hot out, but inside it was quite peaceful and there were lots of places to hide from the sun. It’s quite a sanctuary from the business of the city, despite the many visitors each day. 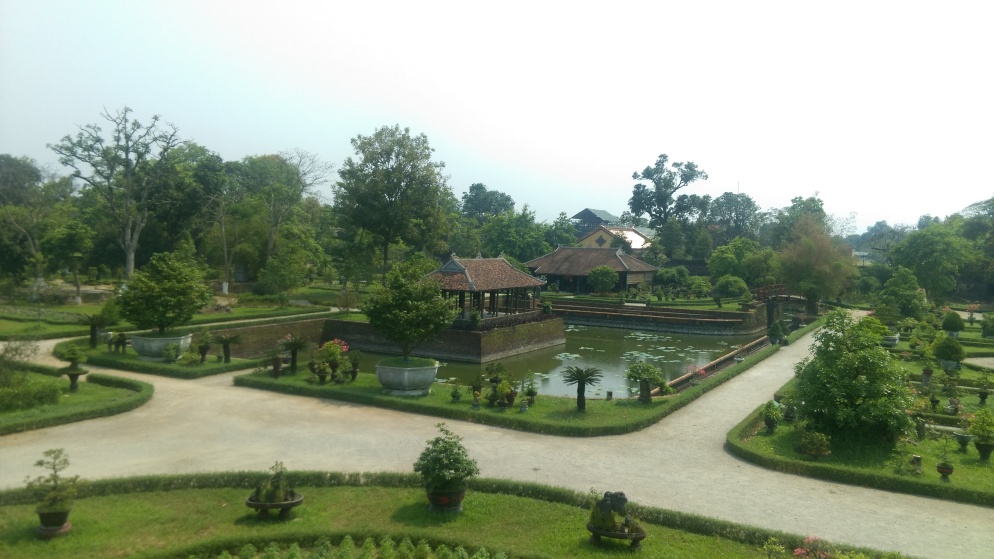 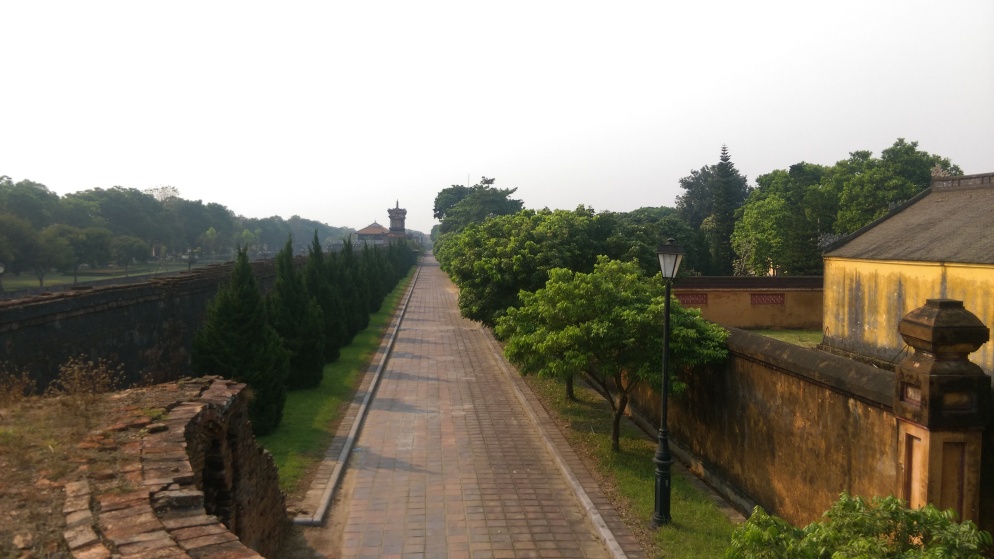 I ambled about for nearly two hours, nearly giving up on finding the gate. I thought maybe they filmed the Top Gear bit in an area not open to the public. In fact, I didn’t find it that day.

The next morning, however, I went back… 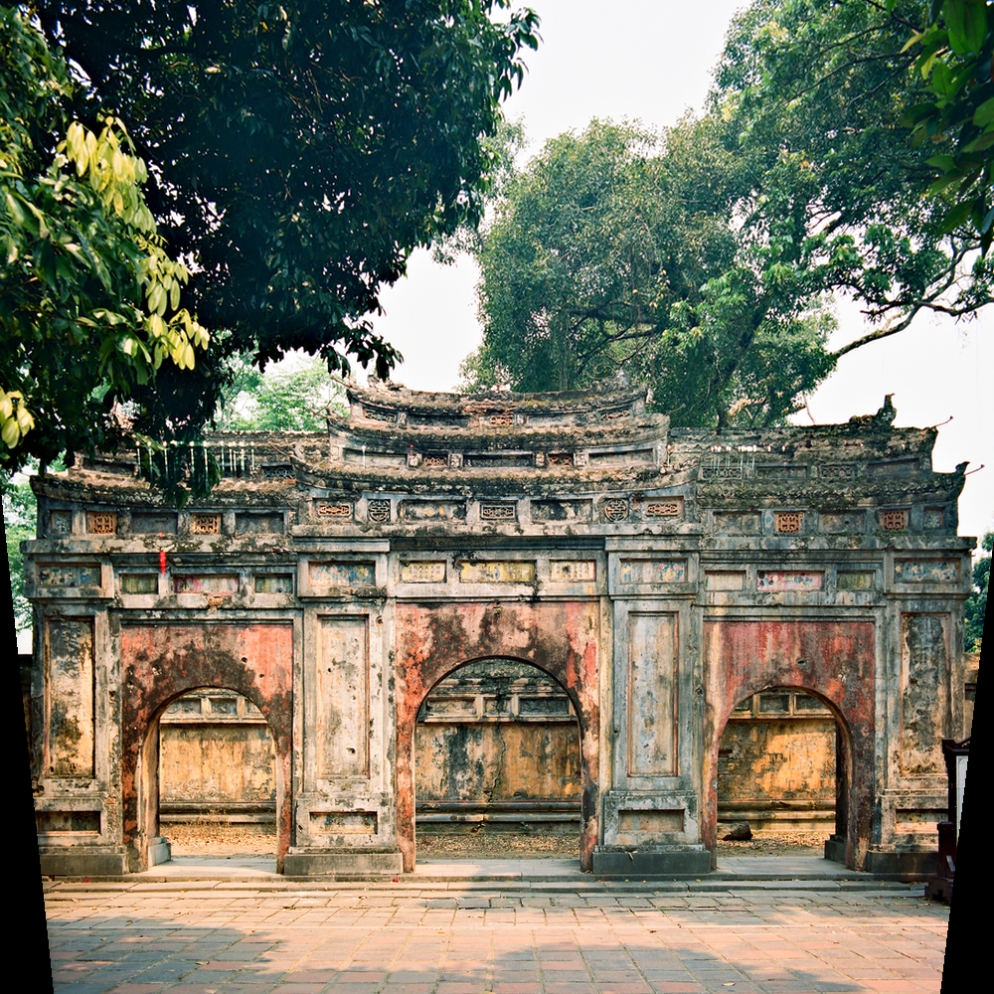 …and there it was. It was a little odd that I put so much importance on something far less significant than many other things in the city, but I was very happy to find it. It was part of my motivation for this journey in the first place.

That morning was my last in Huế, as it was time for me to head west.