It was the 3rd of April, and this day I was doing the opposite of what I’d done earlier in the week – going from the beach into the highlands. I was bound for Buôn Ma Thuột, coffee central of Vietnam. I could’ve continued up the coast, but I just had to see what was going on with that coffee.

Jungle Beach, where I started, is half-way down a peninsula. I had a longish trip ahead but first I needed to see what was farther down the peninsula. So after I checked out I took the road to the end.

The road is rather up-and-downy. At its end lies a very quiet seaside village. 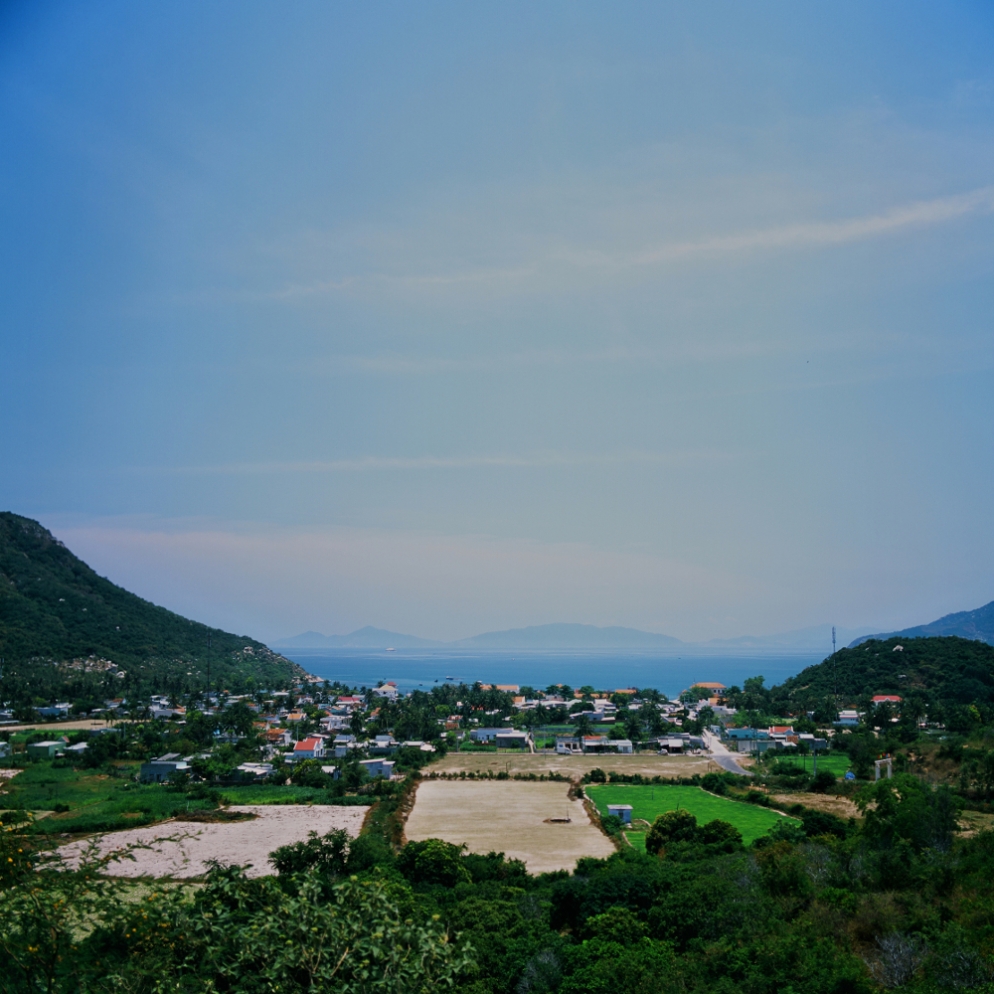 At the end of the road there was a little harbour. I took some photos of the scene and got on my way.

The road from Ninh Hòa into the highlands is pretty good. It’s not really hilly or busy with traffic. It was dusty though, hence the shemagh around my face. In the next few days I would come to find the highland area has a lot of dust in general, at least around this time of year.

The rest of the afternoon was solid riding, except for the mid-afternoon coffee shop stop, where I snapped some of the ladies at work. I arrived in Buôn Ma Thuột before sunset, and prepared myself for an energetic day to come.