My drive out of the highlands was very similar to my drive in. I actually had to leave Kon Tum on the same road I entered, as my destination was south. For the only time in my trip, I was aiming down instead of up.

Context: two very good friends of mine had ridden up Vietnam the year before, but on bicycles instead of motorbikes. One of these friends told me of this rad place that she never got to visit – ‘Life’s a Beach’ in Quy Nhơn. That’s where I was headed, because it would probably be the one thing I could say I’d done that they hadn’t.

Quy Nhơn is the capital of Bình Định province near the middle of Vietnam, about where the country’s bellybutton would be. It’s a beach city very similar to Nha Trang but without the tourists. In this province they grow a lot of rice, as you will see.

END_OF_DOCUMENT_TOKEN_TO_BE_REPLACED

Not long after arriving in Vietnam, I met a very intrepid American lady. She had an incredible talent for travel – charming locals with ease, wandering off into the unknown and returning with all sorts of discoveries. While many expats were living in hotels or newly-built apartments, she was in a simple Vietnamese house out in the jungle, with no running water and a sub-$50 monthly rent.

The farthest she got into Vietnam was Kon Tum, in the highlands of central Vietnam, and she told me it was the highlight of her trip. She had been travelling up the country for two or three weeks before she got there, which in my eyes was an awesome feat of perseverance and boldness. I doubted that I could ever do it myself.

END_OF_DOCUMENT_TOKEN_TO_BE_REPLACED

Vietnam is an excellent place for coffee fiends. It’s good, cheap, and can be found on practically every street in the country. It’s one of the reasons Vietnam is great for travelling. Wherever you stop, you can find the necessities -guesthouses, food, bike repair, and coffee. Hot, sticky, tired after a morning on the road? Take a break at one of the many cafe võngs that line the highways.

END_OF_DOCUMENT_TOKEN_TO_BE_REPLACED

It was the 3rd of April, and this day I was doing the opposite of what I’d done earlier in the week – going from the beach into the highlands. I was bound for Buôn Ma Thuột, coffee central of Vietnam. I could’ve continued up the coast, but I just had to see what was going on with that coffee.

Jungle Beach, where I started, is half-way down a peninsula. I had a longish trip ahead but first I needed to see what was farther down the peninsula. So after I checked out I took the road to the end.

END_OF_DOCUMENT_TOKEN_TO_BE_REPLACED

A couple months before my trip, I had had a conversation with someone in Saigon, and we had discussed beach resort experiences. They insisted that this place called Jungle Beach was just the best. That conversation led me here, in April 2016. And I’m glad to say that it was… decent.

END_OF_DOCUMENT_TOKEN_TO_BE_REPLACED

Nha Trang is a fantastic little beach city in southern Vietnam. The beach is great, the hotels are swish, and restaurants are aplenty. It strikes a great balance between liveliness and relaxation. It’s not too busy and not too boring.

It was the first of April, and I had another easy day of driving. I was off to Jungle Beach, a small resort on a peninsula about 50km farther north. 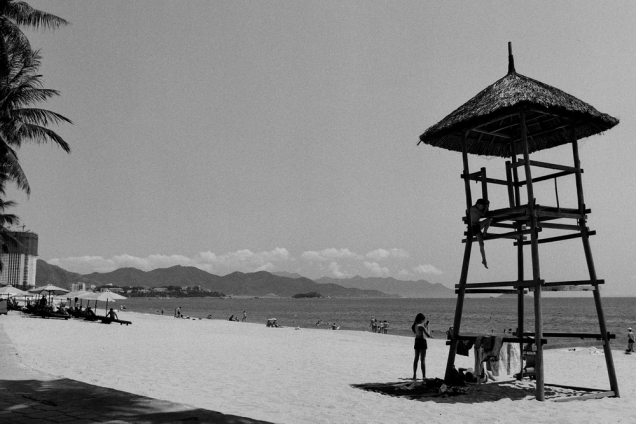 END_OF_DOCUMENT_TOKEN_TO_BE_REPLACED

Đà Lạt is a mountain town in the south of Vietnam, and a popular tourist stop. It was settled by the French as a resort town/place, and for a short time it was even the capital of French Indochina. My task for the day was to get from this town down to Nha Trang on the coast. This trip is actually quite pleasant and it’s something I recommend to people visiting Vietnam even for a short time.

END_OF_DOCUMENT_TOKEN_TO_BE_REPLACED

I started in Thủ Dầu Một, a smallish city about 2 hours north of Ho Chi Minh. From this city it’s about 300km farther north to the mountain town of Đà Lạt. 300km in Vietnam is a solid day’s ride, especially on my little 100cc Honda. It wasn’t the longest day on this trip, but it was probably the most treacherous, filled with manic traffic spraying smoke and dust. Overall, it’s a rather unpleasant trip, especially on a bike.

END_OF_DOCUMENT_TOKEN_TO_BE_REPLACED

A long time ago, in 2008, three men rode their motorbikes and scooters from the south of Vietnam to the north. Well, most of the way, anyway. These men were the hosts of Top Gear, and as a young lad I sat amazed before the TV. This is where the story really begins.

After that beginning, not a lot happened – in fact, you can skip to 2014, when I found work in Vietnam and started travelling. Then you can skip even further to late March, 2016. Here I found myself in southern Vietnam with a bike, a bag, and a full month free of commitments. I was about to do the same as Clarkson, May and Hammond, and tick a big ‘To Do’ off my list.

It may sound silly, but such are the things we bring with us into adulthood.

My preparation had been gradual – over a few months I listed and slowly gathered the things I wanted – a bag, clothes, medicine, cameras, film. Trinkets for kids, a knife for weirdos. Previous bike trips had been useful in teaching me. Certainly some good advice for planning something grand is to try something less grand first and see how it goes.

When the time finally came, I had to mentally prod myself – ‘Oh, right. I have to go now.’ Unfortunately, the first day’s leg was one of the longest and probably the most dangerous of the whole journey. 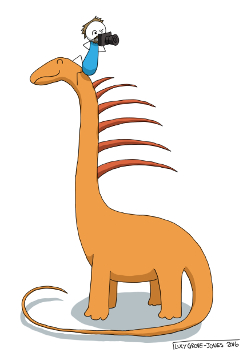 I’m an Australian photographer currently based in Melbourne. To see/download my photos, go to oscarsaunders.photo.